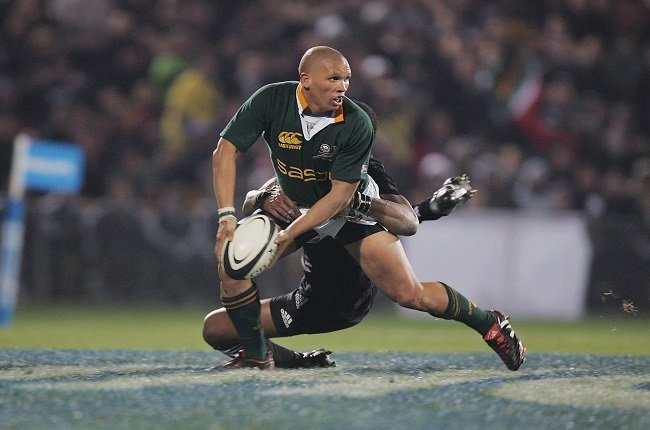 The Springboks and All Blacks, who represent arguably the greatest rivalry in world rugby, will celebrate the significant landmark of playing against each other for the 100th time next month.

While the Covid-19 pandemic has once again robbed the fixture of a fitting setting – such as the Forsyth Barr Stadium in Dunedin – the significance of the landmark can’t be denied.

Here are five memorable clashes between the old enemies since re-admission in 1992:

The 1995 World Cup final remains a flagship encounter between the two sides.

Inspired by ‘Madiba Magic’, Francois Pienaar and his team-mates produced a heroic defensive effort to keep a more imaginative Kiwi combination at bay.

They stayed in the contest through the boot of flyhalf Joel Stransky, who kicked an iconic drop goal in extra time to script the first fairy tale of the looming professional era.

After finishing last in the first two editions of the then Tri-Nations, Nick Mallett’s Boks had put themselves in a great position by winning both their fixtures overseas.

Yet they were decidedly hesitant and flat as New Zealand – who would end that year’s edition on the traumatic note of losing all four of their matches – deservedly galloped into a 23-5 lead going into the final quarter.

The peerless Joost van der Westhuizen, however, instigated the comeback with a superbly taken individual try at scrumhalf, which was quickly capitalised on by replacement Bob Skinstad.

Emboldened, the Boks turned down a kickable penalty for a kick to touch, which eventually saw James ‘Bullet’ Dalton controversially being awarded with the winning try from a maul that had a lot of bodies surrounding him.

This epic was memorable for the fact that it confirmed South Africa had become competitive overseas again under Jake White.

The lead changed hands five times as the Boks, spurred on by an inspirational performance from Ricky Januarie at halfback, kept themselves in the picture through some typically incisive counter-attacking play.

Januarie’s interception for Jaque Fourie’s try threatened to ensure a famous SA victory after years of torture Down Under before the legendary Keven Mealamu broke their hearts with the final try.

All Blacks coach Graham Henry’s comments afterwards summed things up: “The old rivalry may not have been as strong two or three years ago, but it’s back and it’s huge and it’s marvellous.”

Carisbrook in Dunedin was rightly called the House of Pain because it was so difficult for visiting teams to win there.

But three years after his magnificent effort in Auckland went unrewarded, Januarie exacted his revenge with one of the most iconic individual tries by a Bok against the All Blacks.

With four minutes of a surprisingly gritty encounter left, the nippy No 9 broke away from a ruck and then launched an audacious chip that he regathered to score.

It was a moment of pure inspiration, especially after the Boks looked beaten when stand-in skipper Victor Matfield was yellow-carded for a high tackle just minutes earlier.

The All Blacks would prove to be Heyneke Meyer’s nemesis throughout his reign, but at least he had one memorable evening.

In a match that saw the Boks combine their traditional strength of a powerful pack with some sumptuous attacking play – Francois Hougaard’s show-stopper won World Rugby try of the year – they rattled a classy opposing team before once again seeming to fade in the latter stages.

This time though they’d stayed in touch long enough to hand substitute Pat Lambie the opportunity to kick a winning penalty from 52m out and finally hand Meyer a victory over New Zealand.

Stung by consecutive losses to Argentina and the Wallabies, the Boks – still wobbly from two difficult years under Allister Coetzee – looked to have no hope in hell of toppling their opponents.

They responded in kind by playing with the attitude of cheery underdogs and produced some sublime attacking moments, notably from Willie le Roux and Aphiwe Dyantyi while also benefiting from a generous All Blacks team.

But it was their scrambling defence – remember this was before Jacques Nienaber’s system became the monster it is today – that won the day as they memorably held out the hosts, who were left to rue some poor goal-kicking for a shock loss.