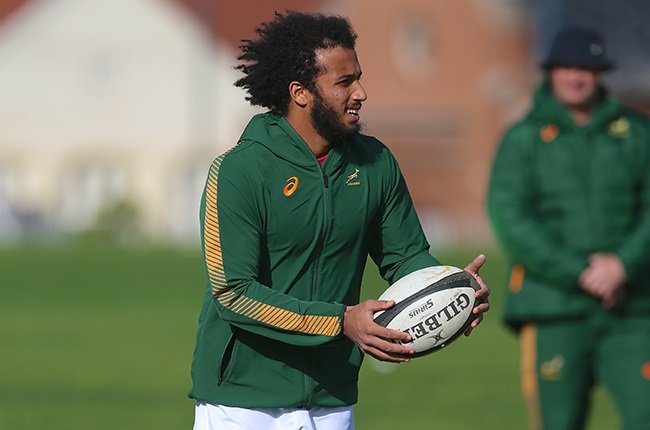 Jaden Hendrikse has been called up to the Springbok bench for Saturday’s Rugby Championship Test against Argentina in Nelson Mandela Bay following the withdrawal of Herschel Jantjies due to injury.

Jantjies pulled out of the match-day squad on Friday due a hip pointer niggle, prompting Springbok coach Jacques Nienaber to name the uncapped Hendrikse as the replacement scrumhalf.

The former Junior Springbok and current Sharks scrumhalf joined the Bok squad last week Monday in the build-up to the final Test against the British & Irish Lions, which South Africa won 19-16 to clinch the Castle Lager Lions Series.

“Jaden has been very active at training since joining the camp, so we are confident that he will slot into the team and adapt to our structures with ease if he takes the field,” said Nienaber.

“He has been comfortable in the role at our training sessions, and it has been encouraging to see how he has stepped up at this level since he joined the squad.

“Jaden has also been in all of our team meetings, so he knows exactly what we are expecting from Argentina and how we want to play, and he was one of the players in the expanded squad of 25 that have been preparing for this match, so we believe he will be up for this challenge.”

The match kicks off at 17:05 at Nelson Mandela Bay Stadium and will be broadcast live on SuperSport.