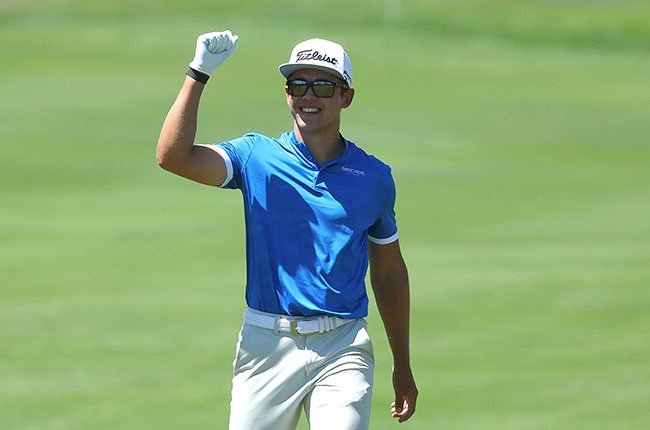 Things continue to look up for star golfer Garrick Higgo, who confirmed that he will be representing South Africa at next month’s Tokyo Olympics.

After SA’s top-ranked golfer Louis Oosthuizen pulled out of Tokyo 2020, Higgo qualified through the International Golf Federation list as the 17th qualifier, thanks to his world ranking of 38th.

Higgo will join Christiaan Bezuidenhout as South Africa’s golf contingent at the Games, which is set to get under way from 23 July to 8 August.

“It’s going to be awesome. Anytime I can represent South Africa is an honour,” Higgo told reporters at the PGA Tour’s Travelers Championship press conference.

“It’s going to be awesome playing with Christiaan, we play well together. It’s just going to be a massive honour and hopefully, we can get a gold – it’ll mean a lot to the country and similar to the Rugby World Cup in 2019.”

In May, Higgo made history in Spain when he clinched two titles in three weeks on the European Tour – becoming the fastest South African to three European Tour wins.

The 22-year-old soon after made his Major debut at the PGA Championship, where he made the cut and finished T64.

He then accepted the commissioner’s exemption to compete at the Palmetto Championship at Congaree and stunned the field to win by one shot.

He became the first player to win in one of his first two career PGA Tour starts since Jim Benepe won the 1988 BMW Championship in his Tour debut.

Higgo insists that part of the mental key is to treat every tournament as the same.

“I don’t really go in with low expectations, I just go and try and play my game and see what happens,” said Higgo on Wednesday.

“I treat each event as the same, I don’t make it a bigger thing, which helps mentally as to how I go about our business whether it’s a PGA Tour or Big Easy Tour event. Obviously, the guys you’re playing against is harder, but I don’t really worry about what the other guys do, which makes it easier to play well.”

Higgo admitted that transforming his game from continents wasn’t that hard and was thankful for his two semesters at the University of Nevada-Las Vegas in 2017/18.

“I was lucky to play over here when I played one year in college. I played a lot of the US courses so it’s not that different,” said Higgo on Wednesday.

“I haven’t been back here, but I played well. My game has improved and gotten better since then so it’s nice to bring that game to these courses and I’m feeling that comfortable. So far it’s worked out.”

READ | The stunning rise of Garrick Higgo: ‘At 13, I knew this little guy was special’

Last week, Higgo entered the US Open with a lot of momentum following his win at Congaree but he missed his first cut since March.

Higgo admitted that having his maiden PGA Tour win off the heels of a Major affected his game as he stated that he felt “mentally drained” at Torrey Pines.

“It had its impact, I was very tired mentally. All the wins I’ve had over the 12 months has impacted my life, but this one has been the most significant,” said Higgo.

“I learned from that (US Open) week as I do from each week. I think it was tough winning before the US Open, it would’ve been nice to win any other week, but I can take a nice positive away. I just missed the cut even being mentally drained in all that stuff and playing with a different caddie. I think I played well in a sense.

“It wasn’t the worst thing to miss the cut. I had a couple of days to relax and get fresh for the rest of the year… The more you play in Majors the better you get. You get more focussed and tighten up your misses and by playing those, you get more comfortable in the rough and greens.”

Higgo, who will play in his fourth PGA Tour start at the Travelers Championship in Cromwell, confirmed that he’ll play the majority of the year on the PGA Tour.

“America is a lot stronger, the depth out here is unreal, anyone can win. I’m looking forward to playing over here a lot but I’ll play in Europe and maybe in South Africa. I’ll have to sit down and see what events I’d like to play, but the majority will be here.”

Higgo gets his opening round under way on Thursday alongside Australian Marc Leishman and American Patrick Cantlay at 13:35 SA time.