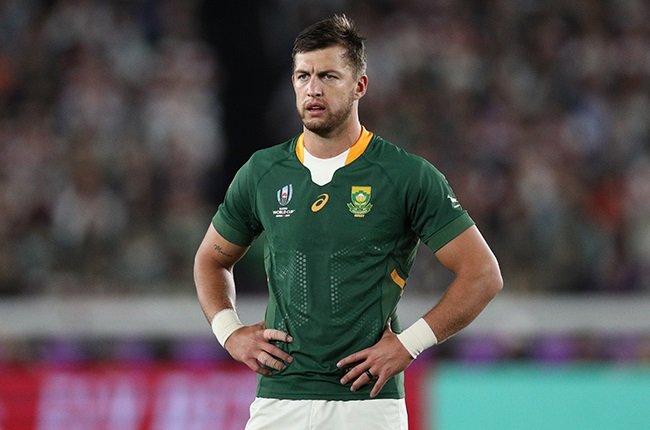 Handre Pollard vividly remembers the 2009 series between the Springboks and the British & Irish Lions, saying that it inspired him to want to become a professional rugby player.

Images of Morne Steyn winning the second Test and the series with the last kick of the game would be replayed countless times in the years to come and, now, a new crop of Boks will have their shot at history.

“I didn’t get to any of the Test matches, but I watched the Lions v Stormers at Newlands when they tackled Duane [Vermeulen] out of his boots … I won’t forget that,” Pollard joked this week when casting his mind back to that series.

“Most of us in the squad now of a similar age grew up and watched the 2009 series and got a lot of inspiration out of that and wanted to become professional rugby players because of that, and now we’re sitting here with the possibility of facing the Lions and the huge team that they are.”

Pollard, who has spent a large chunk of the last year out with an ACL injury, is now back to full fitness and will start Friday night’s Test against Georgia at Loftus.

It will be the first time the Boks have played since 2 November 2019 when they won the World Cup in Japan, and while the focus will be on securing head coach Jacques Nienaber a victory in his first Test in charge, Pollard acknowledged that it was difficult not to think ahead to the Lions series, which gets underway on 24 July.

“We’ve got to be 100% focused on Friday night and facing a very physical side in Georgia. We’re putting all our energy into that this week,” said Pollard.

“But there is always a part of you focusing on what is to come with the Lions and everything you do is in preparation for that.

“There is no way to describe the excitement to play against the Lions.

“I’m just happy that it could happen. It’s a once in a lifetime opportunity.

“I’m very excited … there are not really words for it, but the excitement is on another level.”